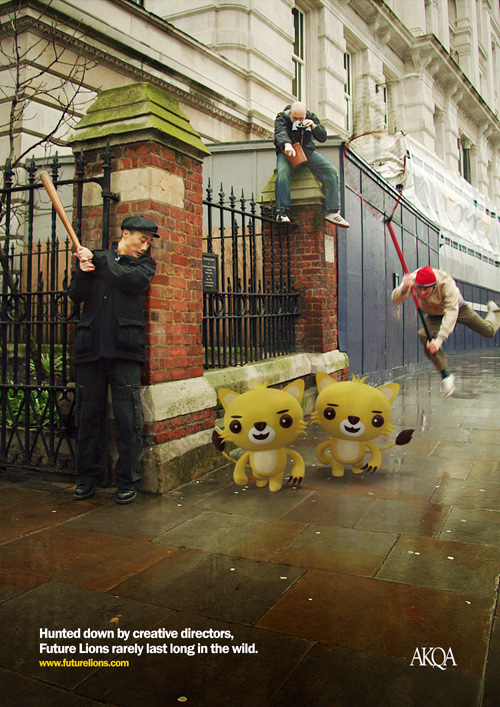 While freelancing for AKQA I had the privilege of bringing to life one of their mascots the 'Future Lion'. As part of their graduate recruitment scheme AKQA hold awards to 'desperately' seek out new creative talent.

The creative was quite a nice and fun piece to work on as it showed potential competition, the 'Future Lions' being tracked down by current creatives.

I took the initial concept from a sketch and recreated the characters in 3D that were then composited in Photoshop to be part of the scene. The final 3D character was then in turn used in future creative from the agency.

You can see how far the character has now developed since it's original incarnation that I had started working on by visiting the current website below.